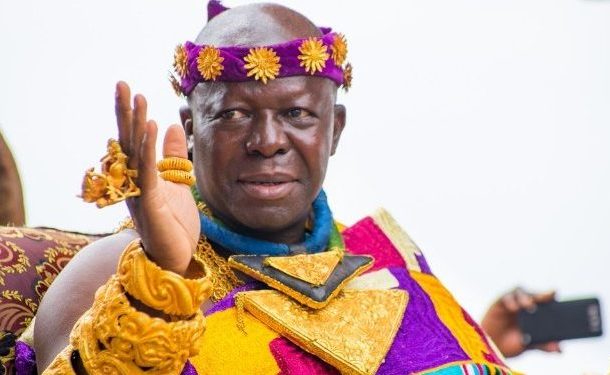 A recent comment by the ruler of the Asante Kingdom, His Royal Majesty – Otumfuo Osei Tutu II on the controversial E-Levey, appears to have evoked a popular TV host.

The host of With All Due Respect on Loud Silence TV, Kevin Taylor has told the Asantehene to be wide awake with certain political expressions that could incense Asanteman and Ghanaians at large.

His comment comes after the revered king remarked that it is not the business of parliamentarians to determine the policies of the government in this country.

ALSO READ: If Akufo-Addo doesn't deserve African of the Year Award who does? A Plus to critics

Speaking at the launch of the commemorative gold coin at the Manhyia Palace on Sunday, December 12, 2021, Otumfuo Osei Tutu asserted that MPs should not frustrate the government from performing its duties.

A section of the Ghanaian populace who did not take the comments likely have fiercely attacked him on social media platforms. To them, Otumfuo should stay off parliamentary affairs if he does not have the courage to call President Akufo-Addo and his government to order.

Addressing the issue on the With All Due Respect show Monday night, the United States-based Ghanaian journalist propounded that Asantehene carries a lot of weight and that his comment on the budget should have been one that would favour the masses and not NPP as a group.

“Otumfuo understands that when you're leading a group of people, you make sure your lifestyle should be a lifestyle that will not infuriate the people, especially when the people are experiencing economic hardships. In leadership, anytime there's uneasiness, your utterances and demeanour as a leader should be able to calm your people down. When it comes to leadership and accountability, the Asantehene has a part to play because he leads a large group of people

“The E-Levy and the 2022 budget laid before Parliament is not an issue pertaining to only Ashantis, Ewes or Northerners, it's a national issue. Though Ghanaians have the right to express their opinions on the issue, we can only talk about it as individuals but when Otumfuo talks about it, he's speaking for a large group of people

“So when it comes to politics in Ghana especially on the issues of budget and a king decides to speak on it, the king should not speak in a way that will entertain some group of people,” He said.

According to Kevin Taylor, the healthiest way high profile personalities in the country can comment on crucial issues without subjecting themselves to public ridicule and insults, is to speak for the masses rather than trying to gratify a particular group.