Gov't not treating coronavirus outbreak as a humanitarian crisis - NUGS 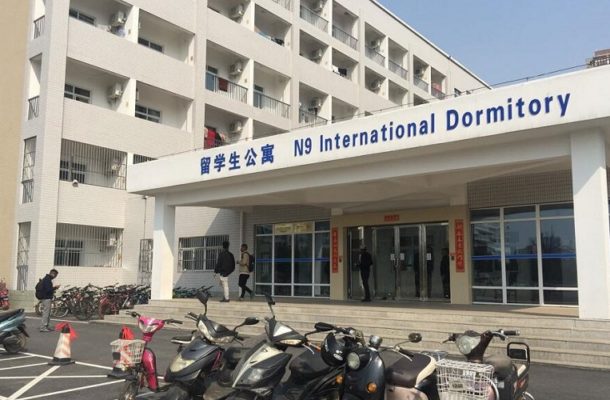 NUGS-China is accusing Gov't of failing to evacuate them

The National Union of Ghana Students in China (NUGS-China), has accused the Akufo-Addo led government of not treating the coronavirus outbreak as a humanitarian crisis.

According to the Vice President of NUGS-China, Michael Adaney, unlike other countries, the Ghana government has refused to evacuate them from the country.

Speaking in an interview with TV3, Mr. Adaney said they have a feeling of being rejected by their own leaders.

"The government has been talking and not acting ...at the moment, we are largely left with African students and the feeling of not being valued by our leaders back at home is something we are also contending with. It seems our leaders are not treating this as a humanitarian issue, they don't really consider our lives worthy for such a cause", he fumed.

ALSO READ: Bawumia is eloquent; learn from his skills — Allotey Jacobs to NDC

He disclosed that the Ghana Embassy in China had a meeting with them in Wuhan on plans to give each student $500 as a result of the outbreak but they have outrightly rejected it.

"Yes, 2 days ago we had a meeting where the Ambassador proposed that they're considering giving us $500 per person but we've outrightly rejected it, we don't need money, we've made it clear, what is money to us when our lives are at stake? We came here to study so that we can come home and contribute to nation-building and as citizens of Ghana, it's our constitutional right that our government should put our welfare and interest as a priority in this issue", said Michael Adaney.

He also cautioned the Minister of Health, Hon. Kwaku Agyeman-Manu and the Ghana Health Service, in general, to stop treating the Ghanaian students as if they already infected with the virus and will import it into the country when they evacuated. He explained that no evacuee has tested positive in an African soil.

"They should stop treating us as if we are the virus, we are not the virus ...I can say on authority that none of our citizens here is infected. They should stop talking as if when they evacuate us, they are importing the virus. All the countries that have evacuated their people from Africa, none of them has recorded a case where one of the evacuees has tested positive", he added.

Michael, therefore, wants the government to swiftly intervene as according to him, "our lives are in danger, the more we stay here, the more prone we are to the virus and now that they are converting university facilities as quarantine centres, our vulnerability of getting the infection is on the rise".

Meanwhile, the Minority in Parliament has given the government a 3-day ultimatum to evacuate Ghanaians living in China.

The 3-day ultimatum is expected to elapse on Friday.