Shatta Wale goes on his knees for 'Gringo' hashtag, appeals to Akufo-Addo to join Gringo craze 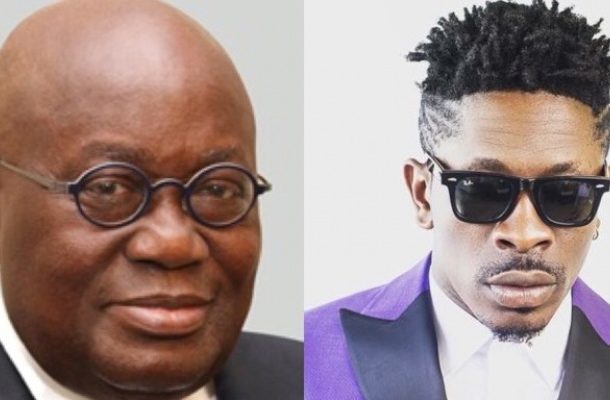 According to the Zylofon media artiste, President Akufo-Addo who has been working tirelessly for the country needs to join the 'Gringo' hashtag to release stress as Minister have already joined the craze.

READ ALSO: Berla Mundi, Giovani face off Fancy Gadam in dance battleIn a tweet to the official twitter handle of President Akufo-Addo, Shatta Wale appealed; “Honourable ministers are saying #Gringo Mr President @NAkufoAddo can you please in the name of the Lord hashtag #Gringo??????You have worked so much your Excellency! You need it. God bless you God bless Ghana,”

Shatta Wale’s 'Gringo' and its accompanying video has sparked conversation on social media with mix reaction from music lovers.The video has over 700,000 views on youtube in just a week.Nana Akufo-Addo last year invited the controversial artiste to the Flagstaff House (now Jubilee House) on the occasion of his birthday where the two spoke about developing the entertainment industry.