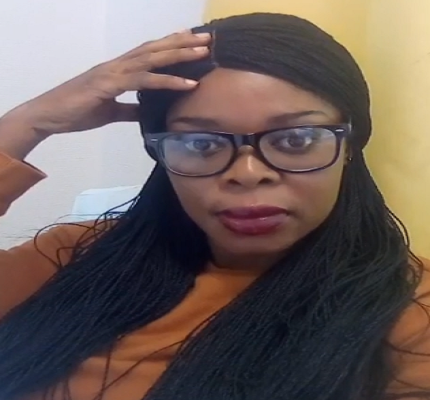 A former Ghana HIV/AIDS Ambassador, Joyce Dzidzor Mensah has revealed she cheated on her husband with a cab driver.

According to her, she found admiration in the cab driver and started giving him kisses unknown to her husband.

She said the incident which happened in the days when she occupied the ambassadorial position with the Ghana Aids Commission, was because she lost interest in her husband and since the cab driver was a good looking guy, she felt okay around him.

ALSO READ: US nurse and family get healed of COVID-19 using herbs

In a post on her Facebook page, Joyce did not immediately disclose whether or not she went ahead to sleep with the said cap driver but according to her, she later regretted the act and confessed to her man.

“I was the AIDS ambassador so I acted as one. Now I'm a free bird who is out of pretence. We all cannot have one character in this world. Some are pretenders, some are real. When I was the AIDS ambassador, I was married at the time and I recall I lost interest in my husband and I started to kiss our taxi driver who was a very good looking guy but I later confessed to my husband”, she disclosed.

Dzidzor Mensah said she was moving from religious organisations to institutions preaching against premarital sex and educating people to stay faithful to their partners but in reality, she was doing all of it under pretence.

“But then, I was also the same person going from church to church, school to school educating and advising people to stay out of pre marital sex and be faithful to their partners (Two face person)”, said Joyce.

She wants Ghanaians who are worried her children will be like her to have a rethink as according to her, she grew up staying with her mother but she is completely different from her.

“I don't do things like a dog and pretend to the world to be a cat. Those who are worried my children will be like me, no they won't. It is not always so. Growing up, I never saw my mother even in trousers or any form of "Indecency" but I'm far different from her”, she added.

Joyce said people should be allowed to live their lives freely without any criticisms.

She currently resides in Europe and has given birth to her 4th child with a German.