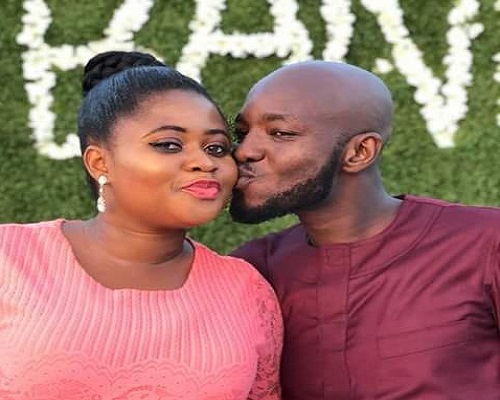 A man who lost his wife through maternal mortality has been speaking about his experience at the Greater Accra Regional Hospital, popularly referred to as Ridge Hospital.

According to Adwenkese Malopia [Facebook ID], although he has received lots of consolation messages from well-wishers to keep his hopes alive and move on, he still thinks that there is something that he should know about the strange death of his wife, Akua Nyarko Osei Bonsu, aged 31.

He describes as “disheartening” the rate at which young women between the ages of 28 and 32 lose their lives in the country in their quest to bring new lives to the world.

In his narration, he said when his wife died on December 17, 2019, and had to identify her body at the morgue, he saw that there was another lifeless body of a woman believed to be in her twenties in the same van that carried his wife. According to him, the lady died from the same labour ward.

“She was also pregnant and the baby was stuck in the belly”, portions of his story read.

The story added: “On the third day when I went for the autopsy of my wife, I again witnessed another woman who was also brought to the morgue, also through childbirth, this time I was told she had a breech (child coming with the leg) and bled to death...

So in a space of three days, I’ve personally witnessed three women lose their lives through childbirth at the RIDGE HOSPITAL..”

Below is the full unedited story:

On the 17th of December 2019 after losing my wife through the bizarre circumstance of the effort in bringing to the world another life, many were those who through their consolation messages made it clear it can never happen if it wasn’t the wish of God, so I should keep hope alive and move on,
As usual these are messages when u read often condoles u to believe its the work of the master craft so let it go ..
But come to think of it , I decided to personally interrogate to get a fair idea what might cause her death and it’s disheartening the rate at which these deaths are occurring..

On the very day I was informed of my wife’s demise and have to identify the body at the morgue , I realised the van that brought her had another lifeless body of a lady in her late twenties from the same ward , she was also pregnant and the baby was stuck in the belly ..
On the third day when I went for the autopsy of my wife , I again witnessed another woman who was also brought to the morgue , also through childbirth, this time I was told she had a breech( child coming with the leg) and bled to death ..

So in a space of three days I’ve personally witnessed three women loss their lives through childbirth at the RIDGE HOSPITAL..
I started wondering what might be causing all this deaths then just few days later, I got the news of my JSS mate who also lost the wife post caesarean , after interrogating him I realised the cause of her wife’s death was just as mine , a situation medically referred to as DEEP VEIN THROMBOSIS which results in PULMONARY EMBOLISM ( that is blood clotting in the vein which results in blockage of the openings in the lungs causing seizure in breathing ), a situation which can easily be managed or prevented if proper care and attention is provided ..

Then just last three weeks I got a call from a friend Jalil Bigjel, informing me about the death of a Muslim lady at the PENTECOST HOSPITAL whose child survived but the mum couldn’t make it just few minutes after delivery, I spoke to the husband and till now the hospital hasn’t made it clear to him the true cause of the wife’s death ..

As if that was nt enough, I was hit with another news of my SSS mate who also lost her life post ceasarean..

Then only last week another case of a lady who died mysteriously at the POLICE HOSPITAL with TWIN who were also stuck in the belly , ive spoken to the husband and his case is still nt proven the true cause of death ..

So in a space of less than three months , I was privy to the news of SEVEN women dieing in the attempt to bring life ,there is this perception that maternal mortality is become thing of the past due to advancement in medicine meanwhile on the hindsight lives are been lost at the click of the clock and no one is talking about it ..

The hospitals are quite about it, the health ministry is quite about it and the govt don’t seem to be aware of this canker , we sweeping a dangerous situation under the carpet and rather focusing on cervical and breast cancer when the real killer is hovering around ..

Am personally taking this task to nt only interrogate it bt to also bring justice to our wife’s and sisters who are losing their lives for whatever reason they couldn’t hav been saved ..
Interestingly they all happen to be within the ages of 28-32 and married for nt more than 3 yrs ..

Even as it stands now , I’ve applied for the medical history of my wife from the RIDGE HOSPITAL and for six consecutive times I’ve been asked to go and come later , a situation which even proves there are More questions to be answered ....

Watch this space as matters arise and unfolds....

NB: below are pictures of our sisters , wifes and friends who had to be met with this bizarre circumstance..May their souls Rest In Peace as we push for justice ..
Pls share for the world to know this canker