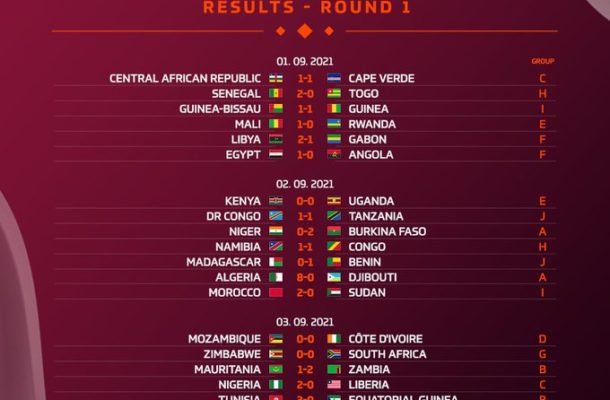 Ghana’s Prospects at the World Cup 2022


Ghana are one of five African nations to make it to the World Cup in 2022. But how far can the side get in the tournament, and what will they make of Uruguay, the team that controversially beat them in 2010?


As far as groups go, Ghana has some tough teams and will be up against them to escape to the knockout rounds. Portugal are undoubtedly the group's favourites and will be seen by many as a dead cert to make it past this stage of the tournament. South Korea and Ghana will both be hard-pressed to do the same and the match between the two will prove vital. However, Ghana will have mixed feelings about seeing their old adversaries Uruguay in their group. Back in 2010 the quarter final between the two was a highlight of the World Cup, and has since been judged to be one of the top 10 World Cup matches. On that occasion, a deliberate foul denied Ghana a late winner, but contrary to natural justice Uruguay went on to win. This time around, Ghana will be looking to settle the score.

Beating Portugal is improbable, but the team will be fired up when facing Uruguay, and South Korea are not beyond Ghana. So while most pundits are predicting Portugal and Uruguay to top the group, the second spot, in particular, is a credible possibility for Ghana.


Football is a huge deal on the betting markets, and its popularity ensures that not only are there a wide range of bets but that sportsbooks have a great deal of knowledge on the subject. About half the teams have odds of 100/1 or longer, and Ghana is in this set of long shots, at 200/1. Fellow group members Portugal are 14/1, and Uruguay are 40/1, so if Ghana can escape this group then their odds will plummet. (South Korea are also 200/1).

In the first group matches Ghana faces the challenge of Portugal (but are only 6/1 to win), while South Korea play Uruguay (who are deemed likely to take the win). However, if these initial matches play out well for Ghana that would be incredibly helpful.

The World Cup is hotly anticipated but is still months away. In the meantime, keen bettors can amuse themselves with international online casinos. There’s a great array of the best casino operators from which to pick, and new players can benefit from substantial welcome bonuses (and many sites offer recurring promos to help keep existing players on board too). Many sportsbooks also offer casinos under the same roof, which can be convenient for betting on both, and there are even virtual soccer matches to bet on at some sites.

After the Group Stage


If Ghana’s quest for revenge against Uruguay is fulfilled and they progress beyond the group stage, what awaits them past Group H?

The winners of the group will face the runners-up of Group G in the round of 16, with the runners-up of Group H playing the winners of Group G. The bad news is that Group G includes the outright tournament favourites of Brazil. The good news is that it also includes beatable opposition such as Serbia, Switzerland, and Cameroon. It’s worth remembering that Brazil are perennial favourites for the tournament, but the last time they won it was 20 years ago. In the last four World Cups Brazil have finished 4th to 6th, so they are far from invincible but it would be a huge feat for Ghana to overcome this global powerhouse of a side. And that would see them (assuming Ghana finish as runner up in their group and Brazil win Group G) through to the quarter finals.

Could Ghana Win the World Cup?


There are many teams with odds of 200/1 to win the tournament, and Ghana are one of them. This very much paints the side as an also-ran, a worthy competitor but not one expected to trouble the top spots or reach the final. However, we have a fairly recent example of just how such an upset can occur. Greece were 150/1 to win the 2004 European Championship, and that did not stop the side from confounding pundits and sportsbooks alike to win an unlikely and famous victory. So while Ghana are deservedly not a favourite, they should not be counted out because the thrill of sport is that glory attends those who deserve it on the day, not those the sports journalists have decided will get it.


Much has been made of the controversial choice of Qatar for the World Cup, not least because the oppressively hot summers forced the tournament to shift to the end of the year. For countries such as England (one of the betting favourites) weather that hot is not exactly normal. However, the temperature in Ghana (relatively steady through the year) is towards the hotter end of the Qatari winter spectrum, so the team will have no difficulty acclimatising, or, at least, far less than many other nations. The organisers are seeking to cool the stadia but if this does not happen effectively it may help out Ghana’s players. In a tight match that goes the distance, this could prove a small yet important advantage.

Breaking out of the group stage would represent a substantial success for Ghana, not least because it would involve banishing the demons of that Uruguay match 12 years ago. Going further would be difficult, but footballing upsets have been known to happen as Greece proved in 2004.