JUST IN: Pastor stabs wife during church service; then slits his own throat 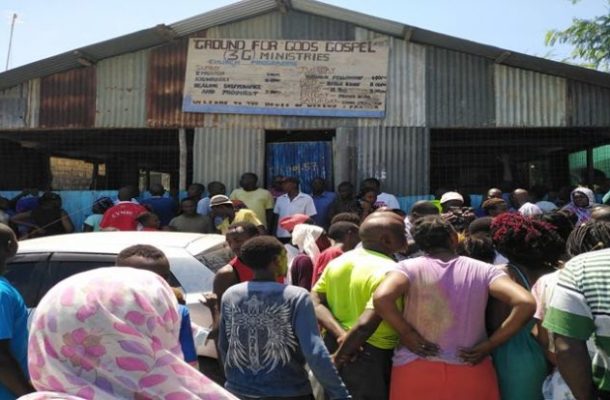 The couple had four children — 3 sons and a daughter

A stressful marriage full of conflict and worry is more than just bad, it actually increases the risk of premature death.

A pastor at Ground for God’s Gospel 3G Ministries, has stabbed his wife at the pulpit of their church when service was already underway.

The pastor stabbed his wife in the back and on the hand, severely injuring her, cops said.

Eyewitnesses said the pastor was aiming at the wife’s heart but she raised her hand to protect herself.

After stabbing his wife that occurred at about 10.30am, the pastor then slit his own throat.

The pastors’ marriage was deeply troubled with the husband accusing the wife of attempting to take over the church ‘he had struggled’ to establish.

The husband had reported his marriage troubles several times at the Police Station.

The severely injured woman was taken to Coast General Hospital where she died hours later while her husband’s body was taken to the mortuary in the same facility.

The couple had four children — three sons and a daughter.

The church is located at Chembani, Bamburi in Mombasa Country, Kenya where the incident took place.