Lady trampled to death by elephant on Boxing Day 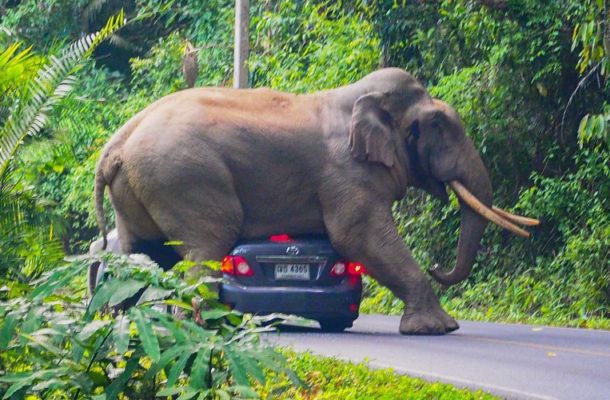 A 36-year-old woman was on Thursday, December 26, trampled to death by an elephant at Ol Arabel Forest, which is located on the borders of Baringo and Laikipia counties.

The Kenya Wildlife Service (KWS) has identified the woman as Stella Chebii.

According to the agency, Chebii had gone into the forest to look for her livestock.

ALSO READ: Driver battling for his life at Tech hospital after smashing his cab into Pickup truck

The woman’s body was taken to Nyahururu Hospital mortuary, says the KWS.

“We are reaching out to the family of the deceased to condole with them,” said the KWS in a Friday statement whose undersigned is Paul Udoto, the agency’s communications director.

Udoto says to avert such incidents in the future, KWS has “mobilised problem animal control teams to monitor elephant movement in Baringo and Laikipia counties”.

“Members of the public are cautioned to be vigilant, particularly when they approach forest areas,” advised KWS in their statement.