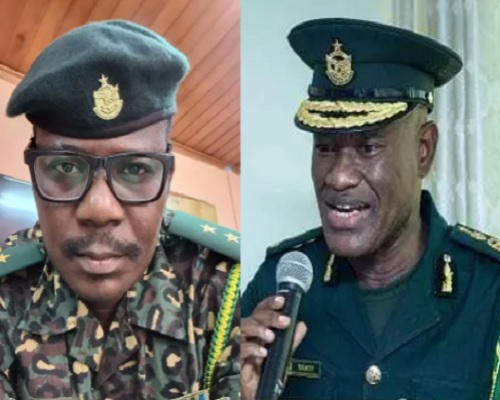 The Comptroller General of the Ghana Immigration Service (GIS), Kwame Asuah Takyi, has filed a lawsuit against TV3 journalist Johnnie Hughes for slander.

Mr. Asuah Takyi claims that Johnnie Hughes, the host of TV3's New Day show, has made a number of untrue accusations against him.

He continues by saying that the claims made by the journalist have damaged his reputation and damaged his image in the eyes of Ghanaians.

The head of immigration is asking the court to compel Johnnie Hughes and the media outlet to take back and remove these statements from their various media channels.

Additionally, he requests that all articles about him are taken down and their links removed from the internet.

Above all, he wants GHS 20 million in restitution from Media General for the harm done.

Below is the writ of summons: